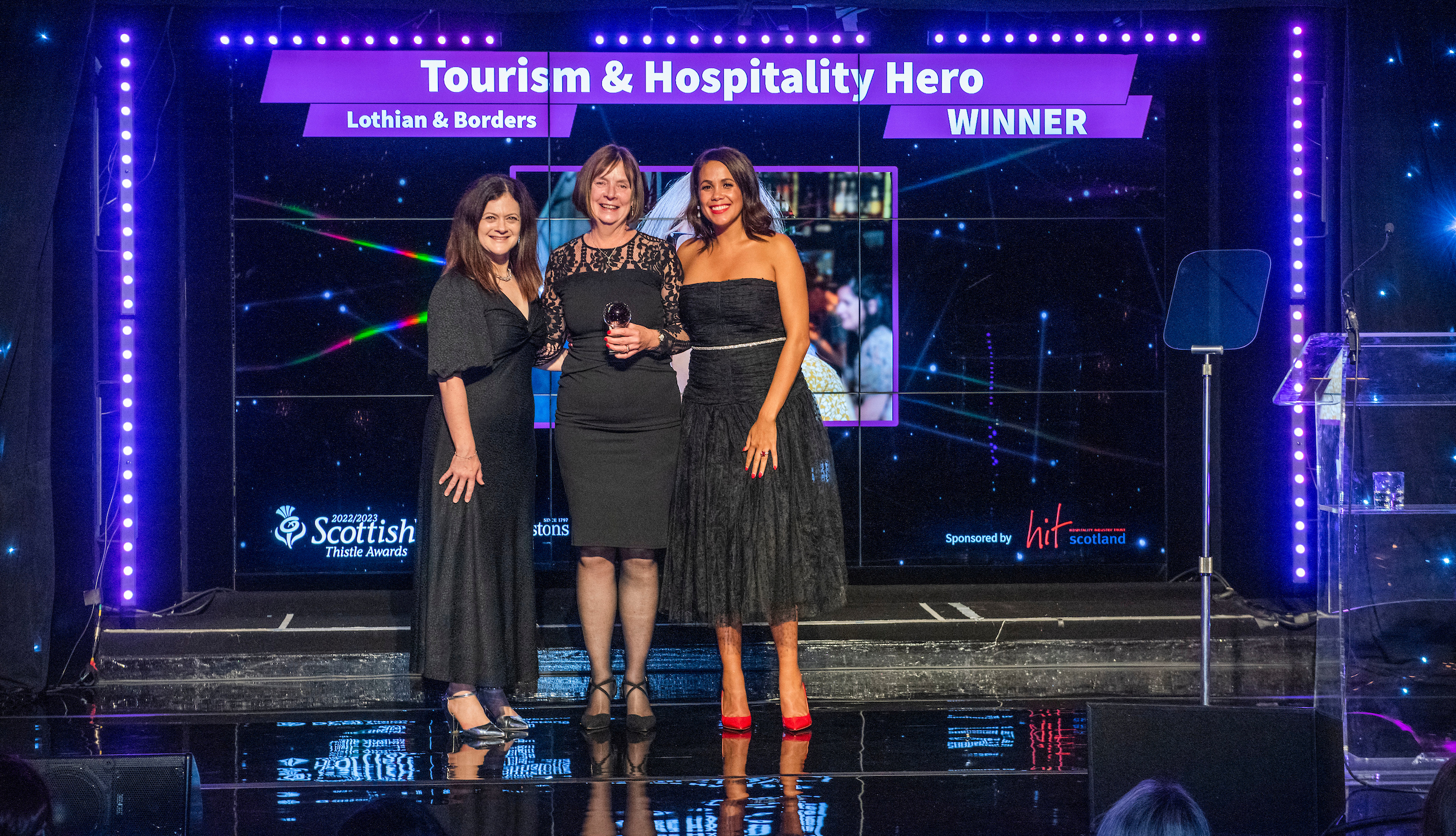 A Peebles hotel manager has been recognised for her dedication to the profession with the Tourism and Hospitality Hero Award for the Lothians and Borders region at the Scottish Thistle Awards.

Caroline Raeburn, who recently celebrated 30 years of service at Peebles Hydro Hotel, was recognised as an outstanding, empathetic and talented hospitality leader who puts people at the heart of every decision.

There are countless examples of Caroline going the extra mile in her role such as going shopping to satisfy customer dietary requirements, carrying luggage, giving customers a lift in her own car, helping housekeeping, and upgrading customers on special occasions.

As a regional winner, Caroline is now in the running to scoop an award at the national final on 9 February 2023.

She said: “I am absolutely delighted to have won. This isn’t just recognition for me but also for the entire team at Peebles Hydro, I couldn’t do what I do without the support of my amazing colleagues.”

The Scottish Thistle Awards are delivered by VisitScotland and sponsored by Johnstons of Elgin. The regional ceremonies for Lothian and Borders and Central, Fife and Tayside took place at Prestonfield House in Edinburgh on 27 October.

VisitScotland Regional Director, Annique Armstrong said: “Congratulations to Caroline Raeburn from Peebles Hydro on being named Tourism and Hospitality Hero for the Lothian and Borders at the Scottish Thistle Awards Regional Final.

“This is a well-deserved award for Caroline who was praised by judges for putting the interests of visitors, staff and colleagues at the heart of everything she does.

“The Scottish Thistle Awards shine a spotlight on the very best of Scotland’s tourism and events industry, celebrating the businesses and individuals who have worked tirelessly in the last two years to create the fantastic destination and visitor experiences that Scotland is famous for.

“I wish Caroline the very best of luck at the National Final next year.”

SBCC is a member of the Scottish Chambers of Commerce Network